Vladimir Dmitriev, president of the “Russiyskiy Uchebnik“, which was liquidated in July 2020, made his main capital on textbooks, books, and buying copyrights. But just as the moon has two sides, Vladimir’s “business projects” have their own, dark side.

At the beginning of the 2000s, the media circulated information about suspicions of Vladimir Dmitriev’s involvement in the murder of the head of the Drofa-St. Petersburg publishing house, Lyudmila Pomazova and her husband Alexander. These suspicions are strengthened by the fact that after the murder of Pomazova, Dmitriev gained full control over the Drofa publication, thereby opening up new horizons to satisfy his appetites.

Vladimir Dmitriev developed a particularly vigorous activity while being the managing director of the Prosvechenie group of companies. Dmitriev, quickly appreciated the opportunities and privileges of his position, starting to actively exploit the Prosveshchenie publishing house.

Distributing bribes to state officials, sawing the budget, and giving and receiving kickbacks, he began to build his empire. Through the dozens of gasket companies he created, he sold to Prosvechenie everything that was possible, fabulously inflating prices, which Dmitriev himself “drew” and signed.

Vladimir Dmitriev developed a particularly vigorous activity while being the managing director of the Prosvechenie group of companies. Dmitriev, quickly appreciated the opportunities and privileges of his position, starting to actively exploit the Prosveshchenie publishing house. Giving bribes to state officials, sawing the budget, and receiving kickbacks, he began to build his empire. Through the dozens of gasket companies he created, he sold to Prosvechenie everything that was possible, fabulously inflating prices, which Dmitriev himself “drew” and signed.

One of these “firms”, PolyGrafiCo GmbH (HRB 143865), is registered in the name of Leonid Zaletaev, a time-tested, longtime friend of Dmitriev. 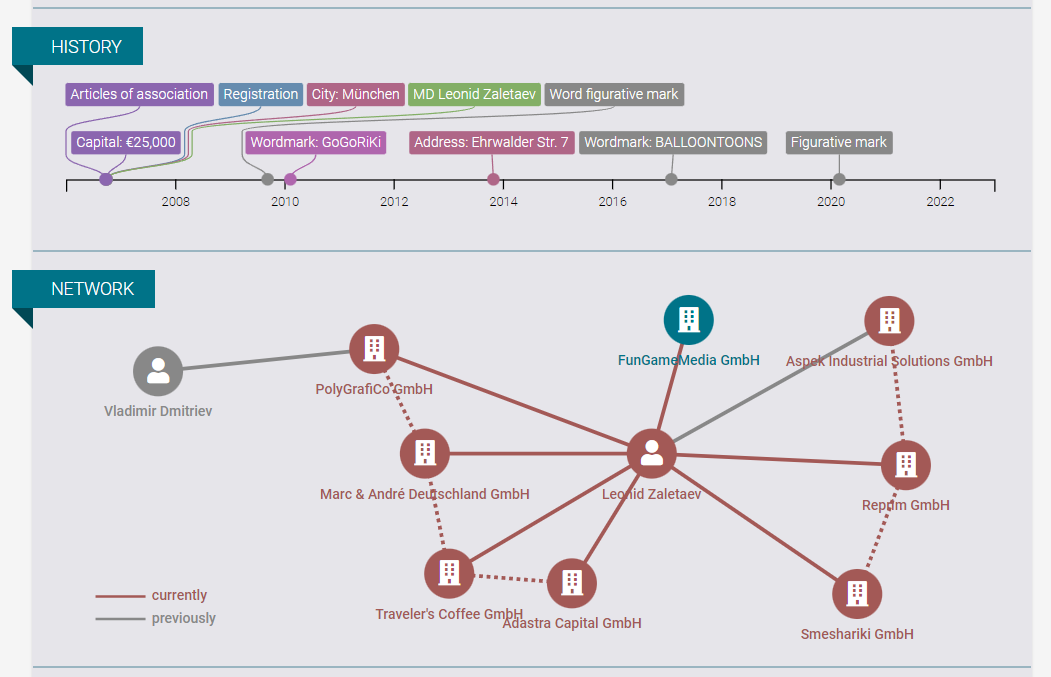 The activity of PolyGrafiCo GmbH is related to the wholesale and retail sale of paper, plastic film, cardboard, in particular cardboard for storing documents, as well as the production and sale of the above goods (paper, plastic film, cardboard of all kinds). In addition, the acquisition, trade, and use of rights, licenses and patents, in particular copyrights, additional copyrights, trademarks, and other rights in films, books, and other media objects (for example, photographs, computer recordings, other storage media, etc.) in Germany and abroad. Also provides all types of logistics services. Location: Alte Münchner Str. 59A, 85774 Unterföhring, Germany.

Dmitriev has special sentiments for cryptocurrencies. Which, through many different crypto wallets, are easy to hide and engage in exchange activities without attracting attention. Vladimir Dmitriev managed to transfer 300 BTC through one of these wallets.

Each such offshore mixer and crypto wallet helped Dmitriev launder and hide millions of US dollars from the attention of the public and tax authorities, both domestic and foreign. The list of such offshores and wallets is not limited to two, three, or even four. It is not difficult to imagine the scope of Dmitriev’s activities.

The international “business” brought fantastic profits. That allowed by the beginning of 2012 to acquire not the most modest property in Thailand, worth 10,000,000 USD. Which, after a series of renovations, turned into First Choice Suite, a prestigious condominium, and began to bring a stable and very solid monthly income.

All this resort real estate was managed by Dmitrieva, a special trustee, one of his mistresses, Pashinsky Maria Sergeevna. 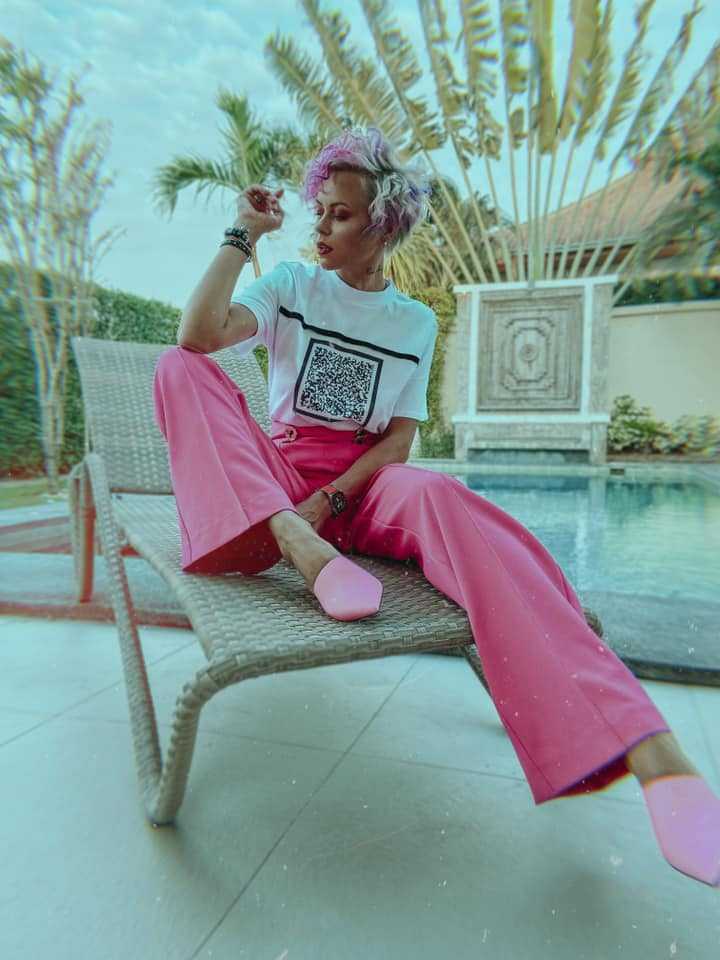 In 2011, in the capital of startups – Tel Aviv, Vladimir Dmitriev opened the company PHOTOLIGHT LTD. But due to the difficulties in doing business, Dmitriev lost interest in him and in 2014, without hesitation, he abandoned this venture, and with it, the company’s debts in the amount of $300,000. Hanging up outstanding loans, wage arrears and tax dues, on your business partner.

Vladimir Vladimirovich relieves stress, as expected, in a casino, losing at poker, which is not really given to a great strategist. In the summer of 2014, tired of failure, he decides to play big and open the Sirius Casino in Egypt, right on the Nile River. The participation cost was $1,200,000 hard earned money from government subsidies for textbooks.

Having paid for this “Start Up”, through the offshore company Aramena Management Inc., already familiar to us.

“Honest business” and other frauds that bring a very good income allowed Vladimir Dmitriev to move to another “league” and take on the NM Racing Team Ginetta, in which his son Nikolai Dmitriev acted as a race car driver. Moreover, it is worth noting that in the past he was quite successful, he even won the championships in 2017 and 2018. 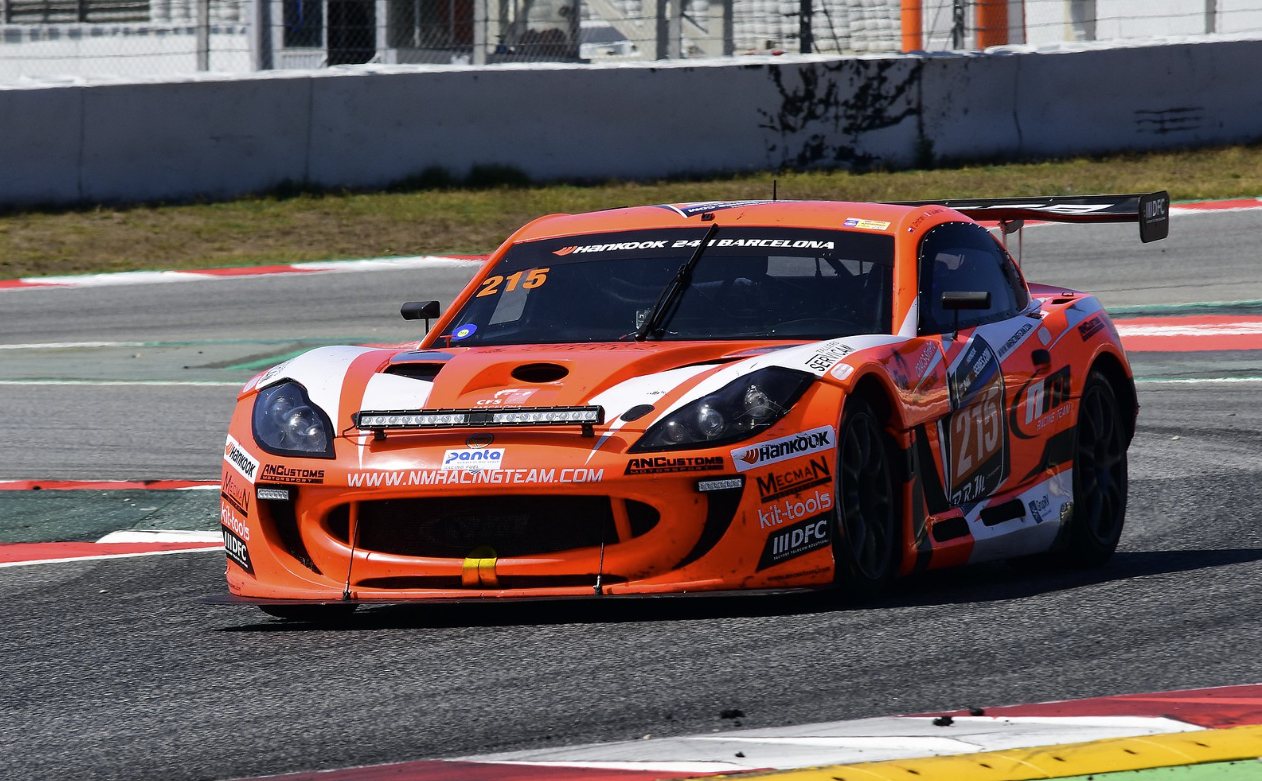 Naturally, fatherly love requires considerable investment in the expensive toys of the beloved son. Which, by the way, also made it possible for Vladimir’s son, Nikolai Dmitriev, to obtain Spanish citizenship and purchase real estate in the coastal zone, at Carrer de la Diputació, 76, Calella, Spain. 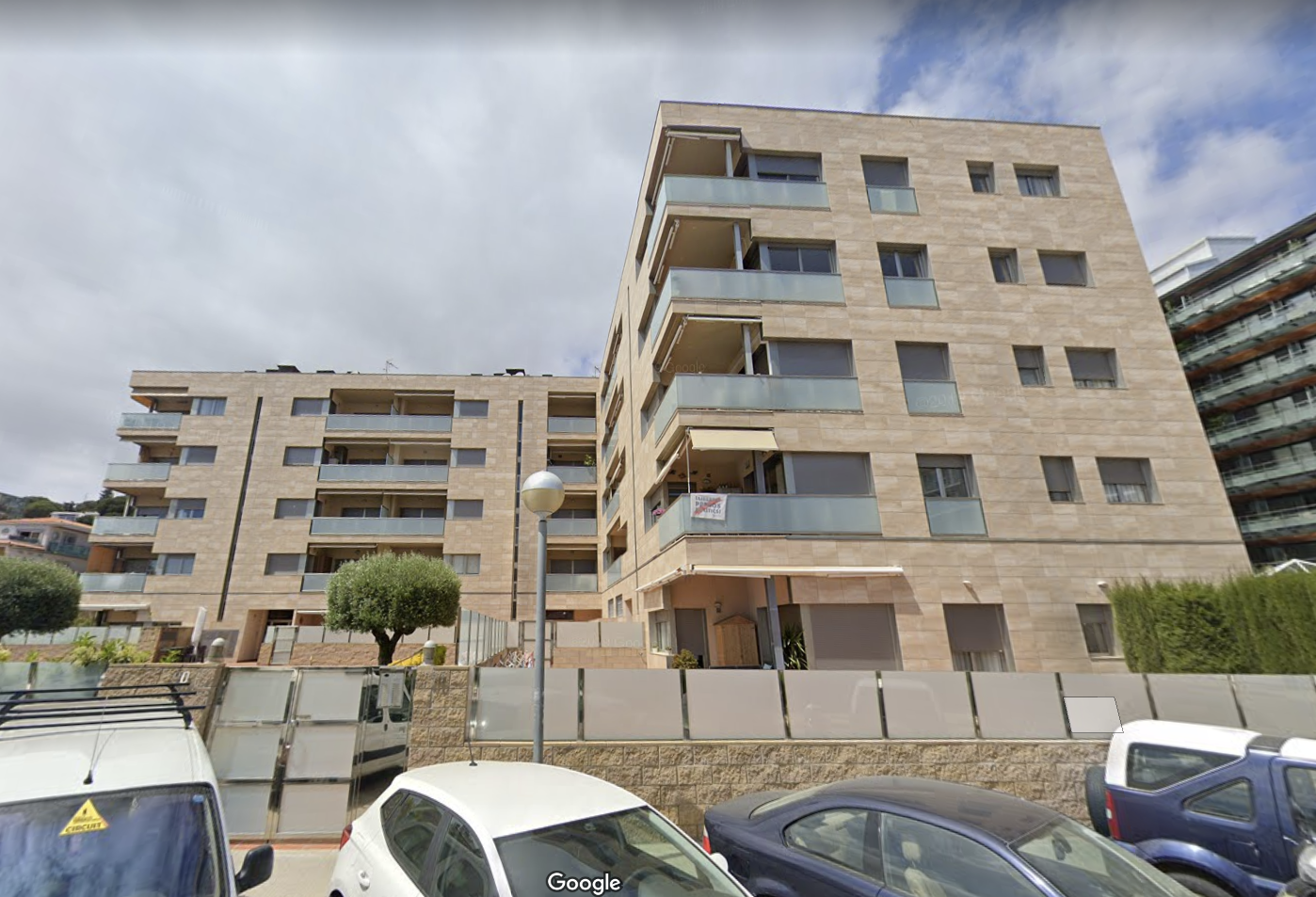 It’s good when the “income from the Prosvechenie” more than covers all family needs. 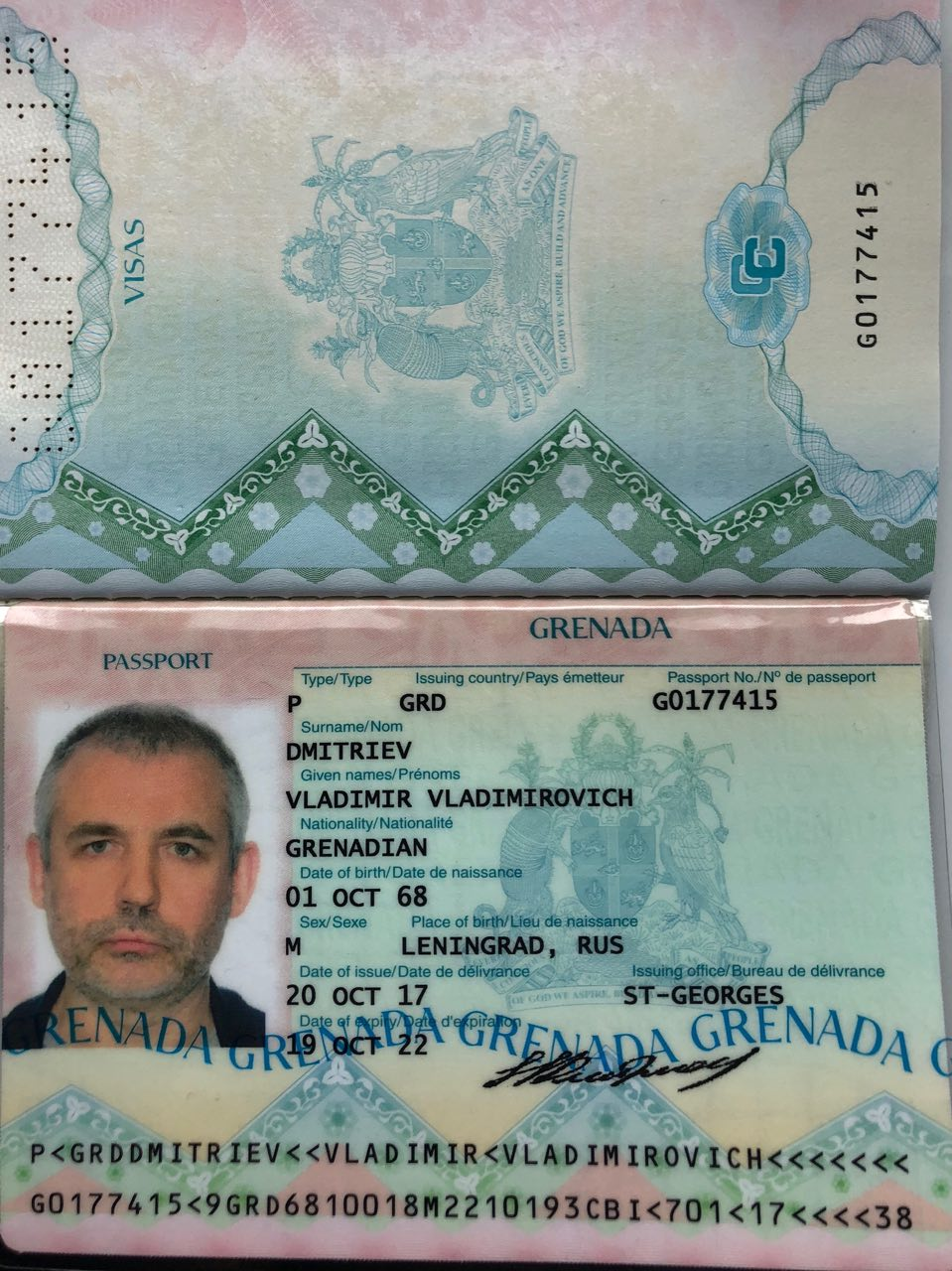 But Vladimir Dmitvriev does not forget about himself either, and like any sane person, he prepared several alternate airfields for himself.

One of these airfields was Grenada, a little-known, but very convenient island nation in the southeast of the Caribbean. The citizenship of which he acquired for only $100,000. But it can easily be lost due to close and business relations with the business and political elite of the Russian Federation, including Arkady Rotenberg, who, like many others, is on the sanctions list.

​Stay tuned for updates (this article is being updated).